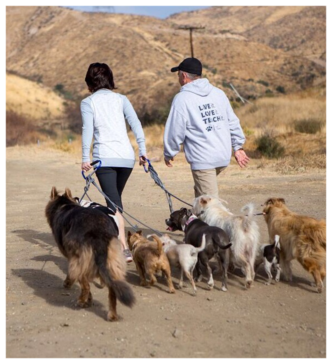 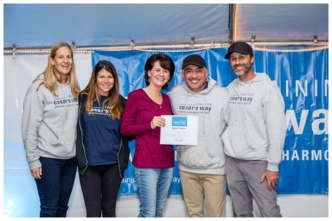 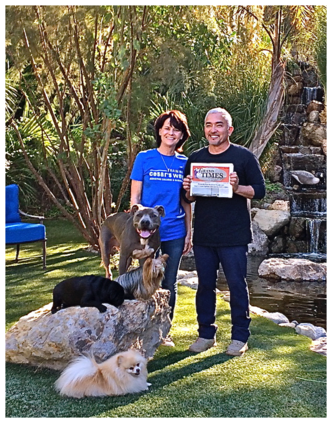 ​​​A Grand Experience with the Renowned
“Dog Whisperer”

About 45 applicants were selected for the course and Grand Laker, Glorie Thacher, was one of them. Last spring she applied to be part of the program hosted by famed dog trainer, Cesar Millan and his team. The potential participants were asked several questions about their goals and future plans in regards to their interests in canines. Glorie was one of those who met the “The Dog Whisperer” criterion and soon she was flying out to Santa Clarita, California.

“I've been following him for about 10 years and I've appreciated his philosophy:
Rehabilitating the dog and retraining the owner,” said Glorie.
She's been pet-sitting and training dogs for more than eight years and self-growth and continued education has always been a part of the process. Glorie also picked up a lot of valuable information while working for Grove Small Animal Hospital for five years. She's had clients ask her how she was able to get their dogs to follow certain commands, which validated her skills in this area. They were honed even further while taking Cesar Millan's course.   “It was six days of training and it was the best experience I've ever had. There were people there from all over the world. About half of them were local citizens and the other half were from outside the United States. The facility was absolutely amazing and if you're a dog person who really wants to change things,


the lessons were priceless,” said Glorie.
She said the interactions with Cesar were very pleasant. He was patient and had a great sense of humor. The Dog Whisperer incorporates the livestock on the property into his teachings as the other animals act as distractions and unique encounters for the canines as well as the handlers. The training processes provided a blend of affection and professionalism.      “The trainers and support staff were really good. There were also several volunteers. You could tell that they loved what they were doing,” said Glorie.
Part of the course was walking with Cesar and a pack of dogs. It's designed to define the measure of a good pack leader. Cesar demonstrates the nuances and signals that dogs display with their noses, eyes and ears. He also establishes the worthiness of positive energy when working with canines. Students like Glorie considered the tips to be invaluable.

“I'm in the process of retraining myself on many things,” she said.
Glorie has a goal of returning to the training facility in California during the summer. She finds personal peace in being around others who want to make a difference in her world – The Dog World. 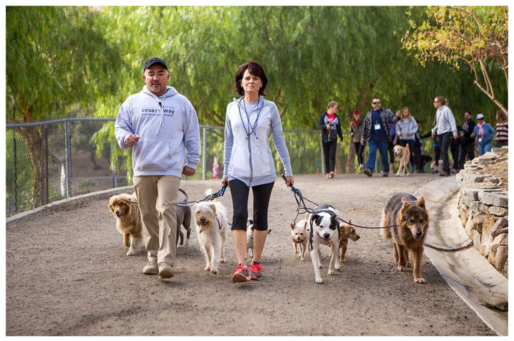